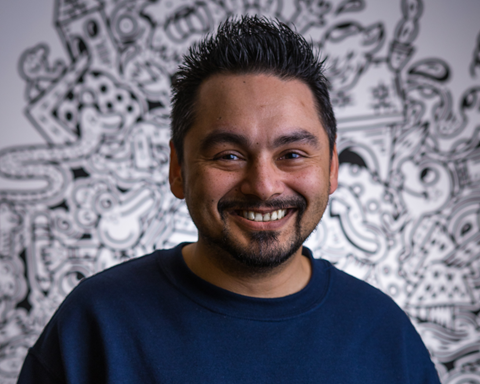 Hi! My name is Ajay and I wanted to share with you how I switched careers by becoming an apprentice software developer at Digital Data and Technology (DDaT) at the Home Office.

My career before becoming an apprentice software developer

Before joining the Home Office I worked in the Ministry of Justice managing prisoners’ parole cases.

At that point I hadn’t really decided on a career path. When I realised I wasn’t feeling fulfilled doing parole casework anymore, I applied for a role in DDaT at the Home Office in the Business Planning and Management division. In that role I was managing business continuity and Freedom of Information (FOI) requests across DDaT, and supporting the team managing risk.

How I switched careers with no coding experience

I still wasn’t sure where I wanted to go with this role but it did make me realise that I relished the new challenges that came with learning a new area of work. I also realised that whenever I had a problem to solve I was at my best and feeling most fulfilled.

Given I was now in the Home Office’s technology directorate, I was also in the perfect place to rekindle my love of technology.

I’d always wanted to work as a software developer. I used to walk past developers, seeing them coding away and wish I could do that. In my mind, there wasn’t any route into a field like this, other than going back to university to study a computer science degree.

So I was thrilled to be accepted onto the first ever cross-government cohort for the Level 4 Software Developer Accelerated Apprenticeship scheme in October 2018.

At this point I should stress that before joining the scheme I had absolutely no prior coding experience other than some extracurricular learning I did in preparation for the application process.

But when the apprenticeship was announced it completely turned things around for me. I was able to maintain a permanent role and salary while retraining for a specialist role as a software developer.

The apprenticeship started with a 3 month bootcamp where I learned how to code and culminated in a 2 week team project.

For the project the other apprentices and I chose to build an online battleship game with a chat feature. It was a massive task because we had to use a programming language that we only had 2 weeks’ experience with and a framework we had never used until that point.

On top of that, at the end of the 2 week period we had to demonstrate and explain the app at an event, which was a daunting prospect.

Despite this, we pulled together and were able to use the skills we had learned throughout the bootcamp to help support each other in learning on the job. We were able to build a working online game with a chat feature and pull off the presentation without a hitch.

Following the bootcamp I transitioned into a placement on a software development team at the Home Office. Here I was able to start putting into practice what I had learned during the apprenticeship and build the portfolio of work I would complete throughout my placement.

I was definitely nervous about working on my first development team and had nightmares of somehow breaking the software application that the team supports, resulting in furious users!

My fears ended up being completely unfounded as I was eased into the work gradually. The allocated work gave me the time and space to develop my skills. This helped me to very quickly gain more knowledge and, importantly, the confidence I needed to be able to start tackling more complex work.

During that time, and as part of the apprenticeship, I also completed a certification in software development methodologies. I passed the Microsoft 70/480 Programming in HTML5 with JavaScript and CSS3 exam.

Throughout the placement I had been putting together my portfolio which involved writing up work I completed along with redacted screenshots to evidence and help explain what I had done.

However, I decided to go the extra mile and built a web app to present my portfolio instead of putting it all in a PDF.

This didn’t go quite to plan and presented a major challenge because I found that Windows browsers somewhat broke my app!

Thankfully I was able to once again fall back on the skills I had been developing on the apprenticeship to quickly learn a new framework. I used this framework to turn the app into a desktop app. The desktop app ended up working a lot better than the web app.

Once my portfolio was submitted, the final stages involved a week-long synoptic project where I had to build an app to specification from scratch under exam conditions.

A few weeks after that I had my final interview with an assessor.

I managed to attain a distinction for my apprenticeship. For me this result made all the extra work definitely worth the effort. 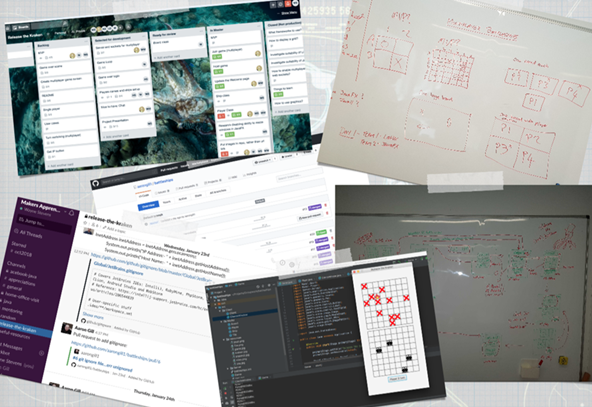 A day in the life of a new software developer

My typical work day starts with the daily team stand-up meeting, where we each take turns summarising what we were working on the previous day and what we will be working on in the near future.

I’m now at a stage where I can confidently have a look at what work is available for the current sprint and pick up whatever needs doing as opposed to being allocated tasks or choosing the things I know.

Even if the work is something I haven’t done before I know I can adapt the skills I have learned to figure out how to complete tasks.

The work I’m doing ranges from fixing bugs, to improving existing features or even designing and building all new features.

I think the most enjoyable aspects are that there is never a moment where things become routine. I’m always kept on my toes with new problems to solve that challenge me and motivate me to continually improve and learn more.

I love the buzz I get when I’m able to investigate a problem, find the cause, implement my own solution, see that solution through successful testing and release it into the live environment. My solutions provide real positive benefits to users’ experiences.

Getting a place on the software developer apprenticeship has been life changing for me and allowed me to make the change to a career path I thought was out of my reach.

It’s been a challenging but incredibly rewarding journey which has given me the skills and the confidence I needed to be able to successfully transition into the software development world.

I would say if you or someone you know has a passion for this kind of work and would like to make a career switch, I would highly recommend this apprenticeship route.

Are you an existing civil servant looking for a career change that will give you the opportunity to write code for some of the most exciting programmes in government? If you think you have what it takes, the Software Developer Accelerated Apprenticeship scheme at DDaT at the Home Office is now open for applications, until 11 November. There are roles based in both London and Manchester.

For other DDaT apprenticeships, including in other roles this autumn, sign into Civil Service Jobs and select Digital Executive Officer roles to get alerts.